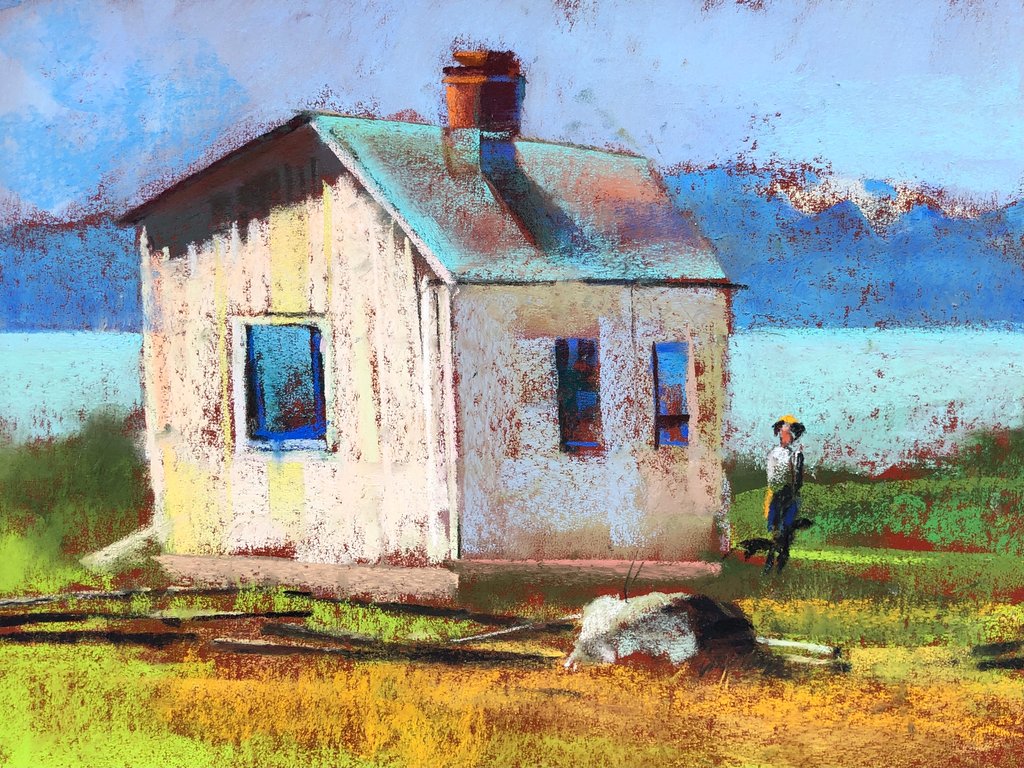 The "Laundress Quarters" at American Camp, on San Juan Island, last saw any laundry business, when the Pig War ended American occupation against the British in 1874, on San Juan Island. Some 30 women ran this laundry for over 16 years, for the soldiers stationed at American Camp and were paid in living provisions by the U.S. Army and $1 per month by the soldiers stationed there. Most of the laundress women were Irish and wives of the soldiers. The only casualty of the war was a pig, shot by an American Settler, in 1859 as it was trespassing and rooting potatoes in his garden, an incident that lead to British war ships in the harbors, British Camp on the west side of the island and the American Camp on the south end of San Juan Island, where a redoubt was built, just over the hill from this building, to house canons taking aim at the ships. The real issue at hand was territorial and boundary disputes between the British and Americans - taking 16 years to resolve, peacefully through arbitration. This little building has a beautiful, peaceful, and lonely demeanor, with a most incredible view of the Straits of Juan de Fuca and the Olympic Mountains to the southwest.